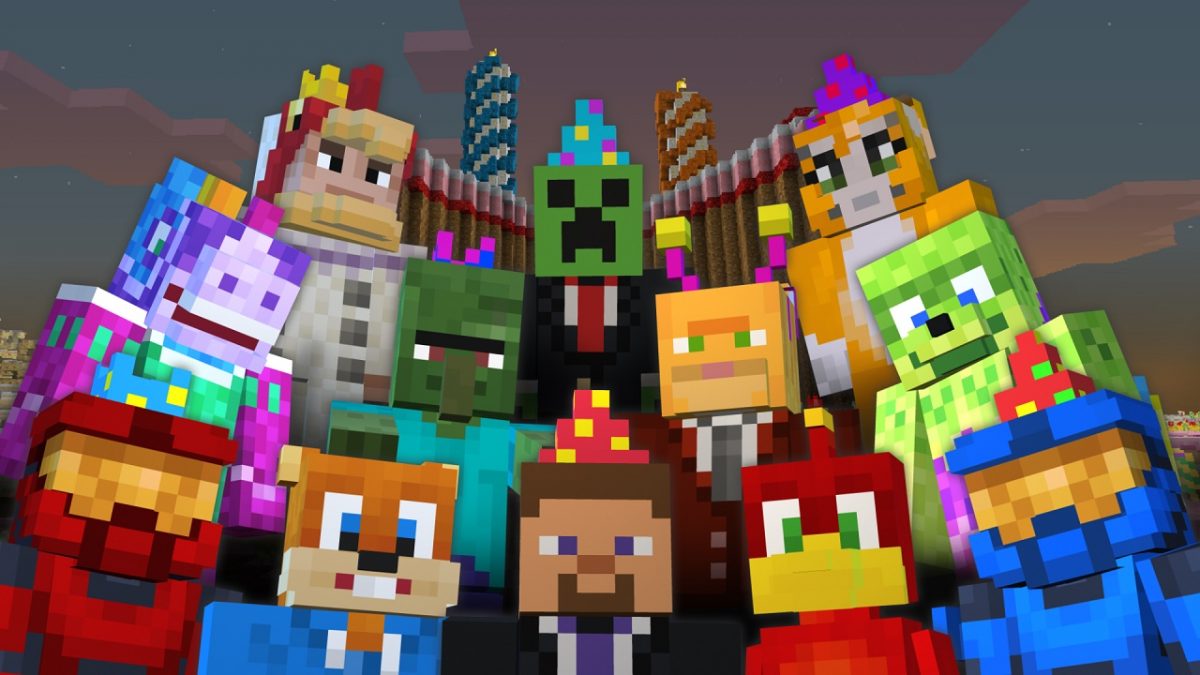 20 Minecraft Cheats You Can Rely on to Advance Quickly

Don’t worry, we won’t tell anyone that you use Minecraft cheats if you don’t. Minecraft cheats, or “Commands” as they are more popularly referred to, have become an acceptable part of playing the game. Cheat codes, in general, have been around for as long as video games have existed. Video game creators are making games more difficult because gamers are becoming better at completing them. Does Dark Souls III ring any bells?

What are Cheat Codes in the Gaming World?

When it comes to cheat codes, there are two general categories that you can place them in. The first type of cheat codes is the ones you use to aid in your gameplay. Over the years, gamers have used cheat codes in strategy games to speed up building times and resource gathering. They have also used cheat codes to turn indestructible when trying to clear an extremely difficult stage. A hugely popular cheat code in Contra, on NES, gave players unlimited lives so that no matter how times they died in the game, they could keep respawning and playing the game.

The second type of cheat codes is the ones that give you an unfair advantage over your opponents. These cheats are highly frowned upon, and in the gaming world, you could be banned for life from playing, if you are caught cheating. Cheats such as Aimbot, which auto-aims for you in first-person shooter (FPS) games, and Wallhack, which lets you see through walls, are a big no-no. The main gripe about cheat codes is how you use them. In a single person game when you are playing on your own, in story mode, it is acceptable. However, in an online multiplayer game or in a competition, using cheats to win is unacceptable.

What is Minecraft Cheats?

Before we begin, for the sake of clarity, we shall be referring to “Minecraft Cheats” as “Commands” for the duration of this article. Why? This is because Minecraft cheats are actually more popularly known as “Commands”, and it is shorter to read than “Minecraft Cheats”. Anyway, to put it simply, commands allow Minecraft players to manipulate their gameplay. Players can speed up certain activities, move around the map faster, and even alter the appearance of the world around them. An excellent example of a command would be transporting yourself to another position on the map instantly. Gone are the days of walking and flying jetpacks, now with the power of teleportation at your fingertips.

Before continuing, I know that there might be many of you out there who don’t want to “cheat”, and that is great. As mentioned above, some of these commands allow you to move around the map quickly, speed up certain activities, and change the appearance of the world around you. If you want to enjoy these benefits without “cheating”, you can. Check out our guide on How to Download and Install Minecraft Mods here. If you want to change your character’s appearance, check out the 20 Minecraft Skins You Need in 2020 here.

How to Use Commands?

Now that your game can accept commands, you just have to press “C” on your keyboard to open up the command bar. In this command bar, you can type whichever command you want to activate, and then click “Enter”. Do take note that all commands that you use must be prefixed with the forward-slash (/). Using the forward-slash before every command only works in single-player mode. The forward-slash prefix does not work in multiplayer games.

20 Minecraft Commands (Cheats) You Should Know

Here is the list of 20 commands every Minecraft player needs to know. They are in no particular order, and you definitely do not need to use all 20 commands in your game. Have fun.

Simple Commands to Assist your Character 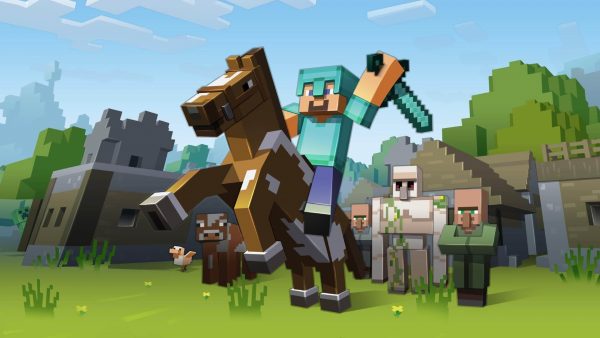 /help is the most common command used in this list. As the title suggests, you use this command to help you find out the meaning and attributes of other commands in the game. Just type “/help [CommandName]” for more information on the command.

/Kill lets you kill mobs, other players and anything else you need to get rid off in the game. By typing /Kill [Name of what you want to kill], you will instantly kill it. For example, if there are cows in a 20 block vicinity that you need to get rid off, just type “/kill @e[cow,20]”. Now all the cows are dead. Just don’t accidentally kill yourself, because you can kill yourself in the game.

/tp is one of the biggest game-changers for Minecraft commands. Say good-bye to walking, swimming, sailing or flying to get to your destination. Teleportation is at your fingertips now. Type in the command, “/tp [player name or coordinates]” to teleport to the specific player in the map or the specific location on the map. This command is a huge time saver.

Simple Commands to Alter your Surroundings 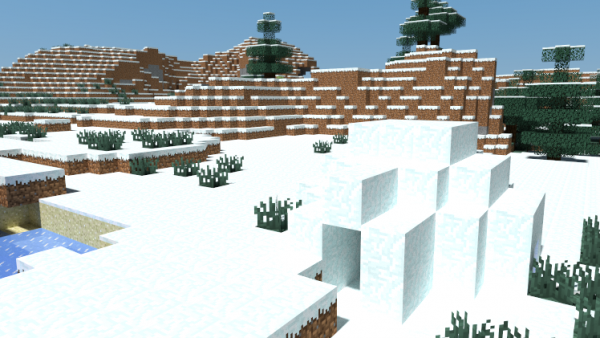 /weather allows you to control the weather. Switch between weathers by typing the command, “/weather [Weathertype]”. Current weather options include rain, thunder and snow.

/time set lets you switch between, morning, afternoon, and night without having to waste time waiting. With a preset number that corresponds to specific times of the day, you can switch between times by typing the command, “/time set[0 for dawn, 6000 for midday, 12000 for evening and 18000 for night]”.

/atlantis immediately transforms your world into an underwater world. Apart from the tallest object being able to push through the water level, the rest of your world will be underwater, like the lost city of Atlantis. Simply type the command, “/atlantis” and start swimming around.

/difficulty peaceful ensures mobs don’t attack you. You can simply concentrate on building your stuff. Type the command, “/difficulty peaceful” to enter this mode. There are four modes to play in; peaceful, easy, normal and hard.

/gamemode creative is meant for players to concentrate fully on building their world. In this mode, mobs will not attack and you will have unlimited resources to build anything. Type in the command, “/gamemode creative” to activate, and yes, you’ll have to ability to fly too. 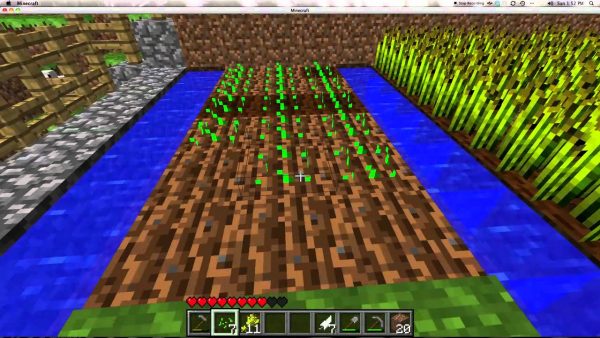 /instantmine lets you mine resources immediately. Type in the command, “/instantmine”, and with a single click of your mouse, you can mine anything with any of your tools.

/summon literally lets you summon anything to you in an instant. Whether it is an object or a creature, just type the command, “/summon [item or creature]”, and it will appear before. No more time-wasting searches for you.

/ride lets you turn any creature in front of you into something you can ride. Imagine summoning a creature then turning it into a mount. It’s like Minecraft’s very own Grab share ride.

/instantplant helps you get your plants immediately. There is no more need to wait to plant the seeds and letting them grow. Simply type the command, “/instantplant” and harvest your much-needed resources. 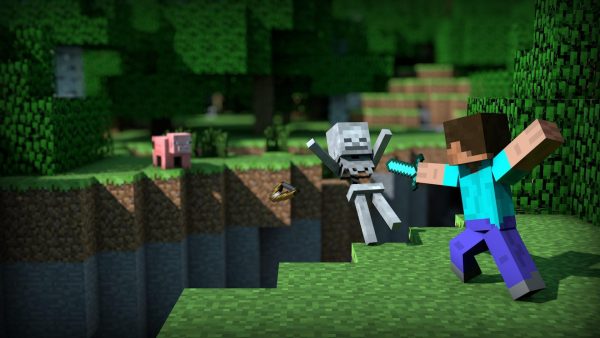 /falldamage instantly turns you invulnerable to falls. Doesn’t matter the height, no fall will cause you to suffer damage anymore. Type the command, “/falldamage”, and you can now turn this effect on and off.

/firedamamge, like /falldamage, lets you turn this effect on and off. Type the command, “/firedamamge” to activate it, and never suffer any more damage caused by fire again.

/waterdamage protects you from any and all damage that water might inflict on you. By typing the command, “/waterdamage”, you are now protected against water of every kind.

/itemdamage protects your weapons from suffering damage or degrading in quality after many battles. Type the command, “/itemdamage” to ensure your favorite weapon never breaks.

/freeze will stop all mobs that are attacking you. By typing the command, “/freeze”, all the enemies will be frozen in their tracks and you can either kill them or run away.

Well, there you have it, 20 Minecraft Cheats that You Should Know About. These Minecraft commands can help make your game a little less time consuming, and definitely more fun. Unlike Minecraft mods that require you to download and install specific skins and mods, these in-game commands allow you to change the appearance, speed up movement and resource gathering and most importantly, keep you indestructible. Try these commands today and have loads of fun rampaging through your Minecraft world.

How to download Call of Duty: Warzone (and what to expect)Valorant Aimbot, Wallhack, Esp Download FreeDownload cheats for CSGO Counter-Strike Global Offensive FreeApex Legends Aimbot Hack Wallhack Bypass Anti-Hack 2020
We use cookies to ensure that we give you the best experience on our website.