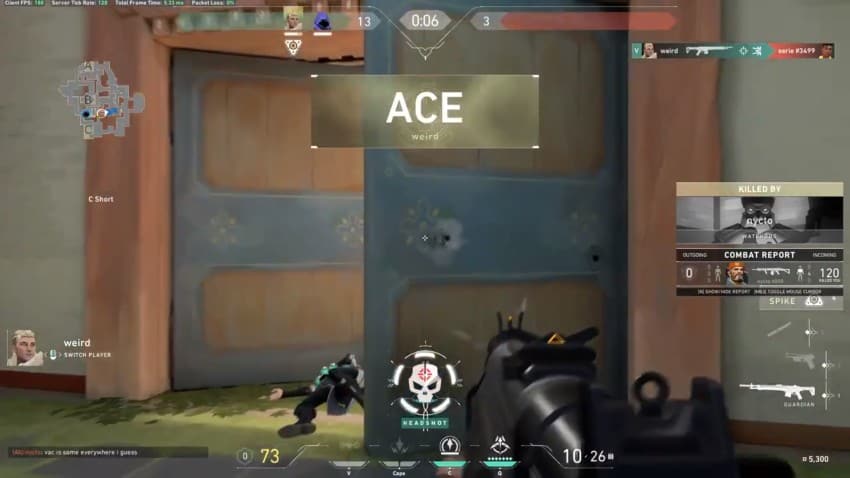 After calling them fake, Riot finds and bans the very first of Valorant Cheats

Well, it’s a bittersweet launch for Riot. Their closed Beta stream for Twitch saw a big viewership, with concurrent views for the game reaching upto 1.7 million. All was going well, and then reports and videos of Day 0 Valorant cheats started surfacing.

The existence of the cheats was first tweeted out by veteran esports journalist Rod ‘Slasher’ Breslau. He said that he had seen two videos of players using cheats on the first day of closed beta. He later Tweeted out that Riot had claimed that those videos were fake.

Well, it looks like they really aren’t and the Day 0 (called because the game hasn’t even had a full release) Valorant Cheats are real. This was confirmed by Paul Chamberlain, the anti-cheat lead for Valorant.

Phantasy and former CoD pro, who has also played Apex professionally for G2 esports, posted a video of a player blatantly using aim lock in Valorant.

This is a major embarrassment for Riot. They had really hyped up their anti-cheat, saying that they already had a team in place during the pre production phase and the game was designed keeping anti cheat in mind. The fact that there were cheats for Valorant on the first day of closed beta itself is bound to have caused a ruckus in their HQ.

Do the sharing thingy

VALORANT Beginner’s Guide: How to play, rules and ranking matches

League of Legends Riot Points GeneratorValorant Aimbot, Wallhack, Esp Download FreeDownload cheats for CSGO Counter-Strike Global Offensive FreeApex Legends Aimbot Hack Wallhack Bypass Anti-Hack 2020
We use cookies to ensure that we give you the best experience on our website.