Cheats in Dota 2 do exist – NS tested them

NS raised the public awareness on a not-yet widespread issue affecting Dota 2: Cheats. For a cheap monthly price everyone could boost their gameplay.

Yaroslav Vladimirovich “NS” Kuznetsov is a retired Dota player who started competing in 2006. His career ended in August 2014, and in the last two years he played for Virtus.pro as a position 4. Currently, NS works for RuHub as a caster and analyst – he is famous in the Russian community for his video analysis and guides.

“I made this video out of sheer curiosity, desire to research, experiment, and to draw public attention to this problem. It’s not aimed to advertise cheat softwares, so you won’t find any download link here.

Dota 2 always stood out among other games, because it had no cheats, so the competition here was truly fair. But after watching all this, how can you be sure that cheaters aren’t playing with you in every match? How can we be sure that semi-pros or even top-tier pro players don’t use the same cheats when they play official matches from home? We just can’t.

I am sounding the alarm and encourage my fans to share this information. It must reach people at Valve, and they have to… no, they NEED to take action.”

NS bought one of the Dota 2 hacks, which has a cost of $9 monthly. He tried the cheats in pubs, but he didn’t use his primary account neither he played in ranked. Overall, he used them for two days and in less than ten matches.

The developers of the cheat assure that no user has been banned so far because their software “freezes” the VAC module. NS received no ban and he also noticed no complaints regarding bans in the official forum.

There are many cheats that boost your gameplay when playing specific heroes, here are some examples:

NS points out that these cheats are mediocre for an experienced player, but the general game cheats can really make a difference even at a pro level.

A short summary of some functions showed in the video:

Every time an enemy is teleporting, you receive an alert in the top right corner, and the teleport location is indicated both on the mini-map and in the Fog of War.

You also know when an enemy is farming in the jungle as you can see when they are attacking a neutral camp and how many creeps are left.

These tools are extremely useful for experienced players and boosters, who know how to exploit all the extra info for proper ganks and pushes.

Overall, the community must appreciate the work of NS, who talked about a taboo topic to raise the public awareness on a problem that is infesting our games.

Honestly, nobody knows the number of cheaters in Dota 2, and maybe it is still very limited, but we hope that Valve will take action and prepare some countermeasures before it is too late.

Header image and all images in the article: RuHub 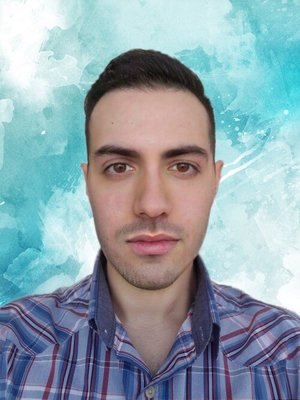 Is Dota 2 becoming pay-to-win with Dota Plus?

My Dota 2 uninstalled itself WTF?