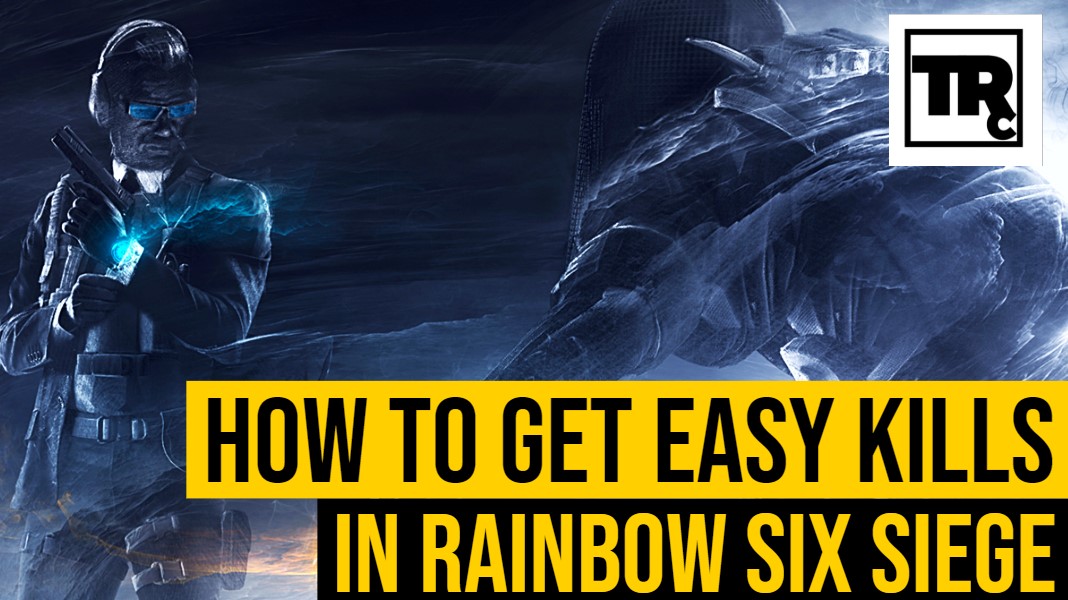 How to get easy kills by sharpening your aim, peeking and utilizing your map knowledge

Today we will discuss various techniques that new or experienced players can utilize to improve their aim at Rainbow Six Siege and get easy kills. You try to do that by crashing the in-game chat or use glitches. This is a real guide, among many others, that shows you how to get better at Rainbow Six Siege. It is used by many successful players and professionals, who have made it to top ranks!

Tom Clancy’s Rainbow Six Siege has become the most popular tactical shooter of 2019. After getting a rough start, the Ubisoft Montreal team has done an absolutely amazing job in bringing out the best of this fundamentally unique first person shooter game. This is not a game where you could rush at the enemy with your guns blazing and expect to get easy kills. In contrary, Rainbow Six Siege is fundamentally designed to incentivize a more stealthy, tactical approach. Many of the new players, who begin playing the game, come from various backgrounds, such as Call of Duty, Battlefield, Apex Legends etc. Not being accustomed to Siege’s game style, newbies fail to recognize that this game is the total opposite.

Players must be patient in pushing the objectives when attacking, and they must exercise the same tactic when defending, reinforcing the objective in a way that puts the attackers at a disadvantage. We will cover fundamental ideas behind performing a successful attack or defending an objective, which will allow new players quickly get much better at the game.

Start From the Terrorist Hunt

One of the most overlooked areas is the Terrorist Hunt (also called the “T Hunt”). It allows new and old players alike to learn new skills and sharpen their existing skills. Let me elaborate on this aspect. Terrorist hunt is a game mode, where you play against an AI controlled enemy on random maps. As an attacker, you must infiltrate the objective, eliminating AI controlled terrorist bots, and you must capture and escort the hostage into the safe zone. As a defender, you must protect the hostage from constant waves of aforementioned terrorists.

New players can get a significant value from playing this mode, as it allows them to do two things:

How to get good at aiming (Par 1) by Projokerzz

How to warm up in Terrorist Hunt

If you ever watch streams of popular Siege pro players or influencers, such as Pengu, KingGeorge, TheGoodlynoob etc., you will find them jump into Terrorist hunt and perform, what they call a “Warm up” prior to playing Ranked games.

Warm up is a way for old and new players alike, to sharpen their reaction firing at an enemy. T-hunt warmup is a very simple but very powerful thing to do before playing against humans. If performed regularly, it allows you to not only sharpen your aiming skills, but also heightens your motor skills, improving your eye-brain-hand coordination. Having played over 1000 hours of Siege, I could attest to that and say that the difference in your gameplay if dramatic, if you do it and do it properly. Here are 5 easy steps you must follow to get better aim at Siege.

Having done these steps a lot and regularly, you will see a tremendous benefit when playing against human opponents. Many people always ponder”, How do Pengu or Beaulo have such good aim?”. That’s because they have done their due diligence of properly practicing every single day in T hunt, via special mouse training utilities (which we will cover in a separate article) and, of course by putting in a tremendous amount of hours playing casual and ranked games. It is very simple – the more you practice, the better you will get.

Alternative Ways to Improve your Aim

The aforementioned mouse aiming utility method requires you to purchase a separate utility, which costs money. I can argue that, despite it’s pretty high price tag of $14.99 (when not on sale), it is one of the best ways to get better at your mouse coordination. But what if you don’t want to spend money to buy 3rd party utilities, the validity of which is questionable to you? I totally understand you and would like to offer you a great alternative. Though one may not draw parallels between the effectiveness of these methods, you shoudl absolutely try this method out. It is FREE and effective!

Besides the Terrorist Hunt, there is a great way to practice your aim right in Rainbow Six Siege game. In order to do that, follow these simple steps below:

I encourage you to start slowly and gradually force yourself to aim at the next hole in a lesser amount of time. As you perform this exercise, you will see how your aiming skills are getting better and better. To get a better idea, be sure to see how Thaquil does it in the video below.

How to Configure Your Mouse Sensitivity Settings in Rainbow Six Siege?

Everything we have covered prior to this point applied to PC, as well as console players. This specific technique will help Rainbow Six Siege PC players properly configure their mouse sensitivity settings, in order to have consistent aim and operator navigation around the map. Here’s a forum post exploring the mouse sensitivity, and here is a resource that enlists mouse sensitivities of all pro players and influencers.

The technique is very simple. There are literally a few things you should know to configure your mouse sensitivity on PC.

The video below shows you how to properly calibrate your mouse sensitivity in Rainbow Six Siege. In this video, Projokerzz shows how to transfer the Aim Down Sights you like to a different Horizointal and Vertical Sensitivity that you want.

As a new or an experienced player, it is important to now the map well, aim at head level and to be consistent controlling your operator using a controller or a mouse. These skills are sharpened by proper configuration of your gear and practice. Your controller or the mouse sensitivity settings must be properly configured to reflect your comfort level. Your aim must be practiced consistently and constantly using Terrorist Hunt and regular gameplay.

You could find background information about the game on its Wiki page. Our creators work very hard to produce useful learning guides for our readers. Please be sure to support them and feel free to ask questions in the comments. We will be happy to answer your inquiries.