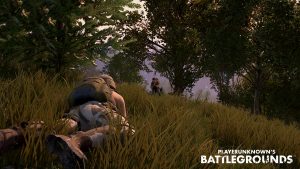 The game has already been facing issues with its cheaters, and this is just the latest way in which cheaters are ruining the fun.

PlayerUnknown’s Battlegrounds has always had a serious problem with cheating. The number of players who have been banned for cheating have steadily been increasing. Even after the game’s anti-cheating software had banned 1.5 million players for cheating, the problem still exists. Now, players have found new cheats that takes the fun out of the game for normal players.

In a recent Reddit post, user  shared footage of players being able to instantly resurrect allies and also instantly resurrecting health. Usually, it takes 10 seconds to revive a fallen ally and up to 8 seconds for a healing item to be used. It’s easy to see how this can be frustrating for players as this would enable the cheaters to be almost invincible in the game.

It remains to be seen how Bluehole will tackle this problem but we’re certain they’ll be trying their best to come up with a solution. If such a problem were to be widespread, it would lead to the game losing many players soon enough.